Skip to main content
Start now! For songwriters of all levels Free Preview 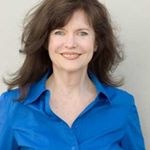 Harriet Schock wrote the words and music to the Grammy-nominated #1 hit, "Ain't No Way To Treat A Lady" plus many songs for other artists, TV shows and films, including “The New Adventures of Pippi Longstocking,” and PBS children’s series, “Jakers, the Adventures of Piggley Winks” that airs in over 30 countries. Her songs have been recorded by Helen Reddy, Johnny Mathis, Smokey Robinson, Manfred Mann, Roberta Flack, Lee Greenwood, Carl Anderson, Nancy Wilson, The Partridge Family, The Little Mermaid and many others. As a solo artist, she has seven released albums. She and her band were featured in Henry Jaglom’s film “Irene In Time” performing 4 of Harriet’s songs. She also scored three other Jaglom films. As a solo artist, she has recorded 7 albums. She has performed in Los Angeles, Dallas, Washington D.C., Philadelphia, Baltimore, New York and London. She wrote the book, Becoming Remarkable for Songwriters and Those who Love Songs and teaches songwriting worldwide. A documentary about her is currently in pre-production. It’s called “Hollywood Town – The Harriet Schock Story.” www.harrietschock.com.
Email
Buy $49.00 Free Preview